The tractor search committee, after visiting several tractor dealers, has located a John Deere that it feels is a good buy for the club. See pictures with descriptions below. They also looked at a new tractor, also shown below.

From our treasurer, Ron Kaehr:

To get the discussion rolling, hereâ€™s what I think: Itâ€™s always nice to have something bright and new, but being in a 5 year debt position for equipment that may see 25 hours of work each year doesn’t feel like good stewardship of Club resources.Â  The two year warranty would expire before it was broken in (assuming 25 hours per year).Â  Although the John Deere doesn’t look as pretty, itâ€™s solid and has low usage for its age.Â  At approximately $10,000, itâ€™s not likely to lose any more value, and we could always trade it if that became desirable in the future.Â  We donâ€™t need to be intimidated in learning how to work it because a bump here or there would hardly be noticed.Â  Itâ€™s certainly large enough to move dirtâ€”probably the toughest job weâ€™ll ask of it.Â  So, my preference is for the used John Deereâ€”the low cost but adequate solution.

The executive board has called a special meeting to answer questions and request permission to make a purchase, as time is limited on the John Deere recommended by the tractor search committee. This meetingÂ will be held at the club onÂ Saturday, February 8th at 5:00 PM.Â In addition, a robocall and an email blast will be going out to notify members of the special meeting. All members are encouraged to attend.

The 2150 is a SERIOUS 45 hp tractor.Â  It weighs in at 5,000 lbs plus another 2,000 lbs in the rear tires and the weight of the loader.
The loader is tight with a bucket that will move a substantial amount of dirt.
The loader will lift ~ 9 feet.Â  The weight of the tractor would make for a stable platform for this work.
It has an 8 speed gear box in 2 ranges and a corresponding 4 gears in reverse.
They are going to replace the alternator and replace the belt should it be necessary.

They will install a step on the left side of the tractor and replace the guard over the PTO.
The clutch does not look like it has ever been adjusted so there should be plenty of life there.Â Â  The salesman seemed to think that the tractor was used to drive an auger most of its life and that would account for the solid clutch.

The hydraulic hoses exhibited minor surface degradation, but they are flexible and without any cracking.

They will load test the battery prior to sale.
We may need to store it in the center bay due to the overall height of the ROPS cage.
It needs 2 new front tires which would add ~$340 to the cost of the tractor.Â Â  (I stopped by Bob Sumerel â€“Â Â Â Â Â  they suggested a Firestone Transforce HT 10 ply in a 215-85 X 16.)
The rear tires have about half of their life left.
The tractor has 1750 hours on it and I don’t believe it was abused.
It has a single remote in the rear.
By the serial number, it was built in 1986.

We asked about manuals the originals are gone, but copies would be available at a nominal cost.
Koenig has offered a 20 hour â€“ 50/50 warranty on the drivetrain (engine, clutch, transmission)..
At $9800.00 delivered to the club not including the new front tires, I believe that it would be a good tractor well within our budget. 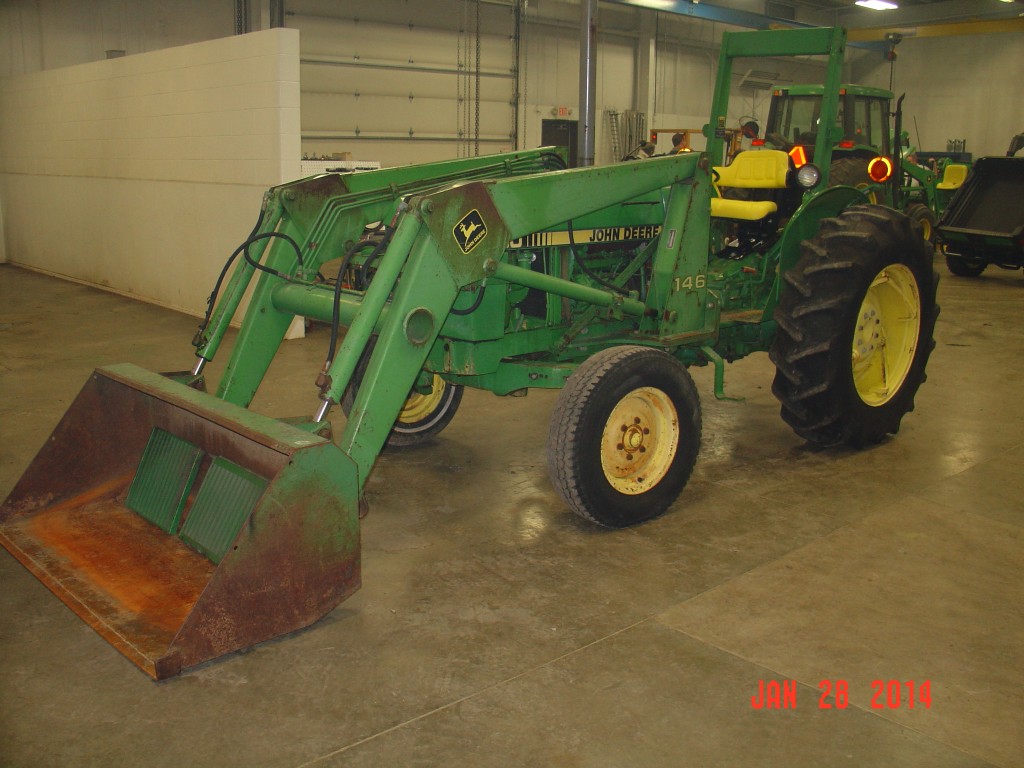 This is a new tractor in the 50 hp class.
It has 4 wheel drive and a manual gearbox with a shuttle shift (quick reverse).
It weighs ~3500 lbs and should probably have the tires loaded for traction and safety.
The loader is close to the capacity of the 2150.
This too would suit our needs, but would probably break the bank at $26,000.00.Â  They do offer 0% interest for 5 years which would put it close to Ron’s $5000/year comfort zone.Â  The only problem is that it would limit our other expenditures for that period of time. 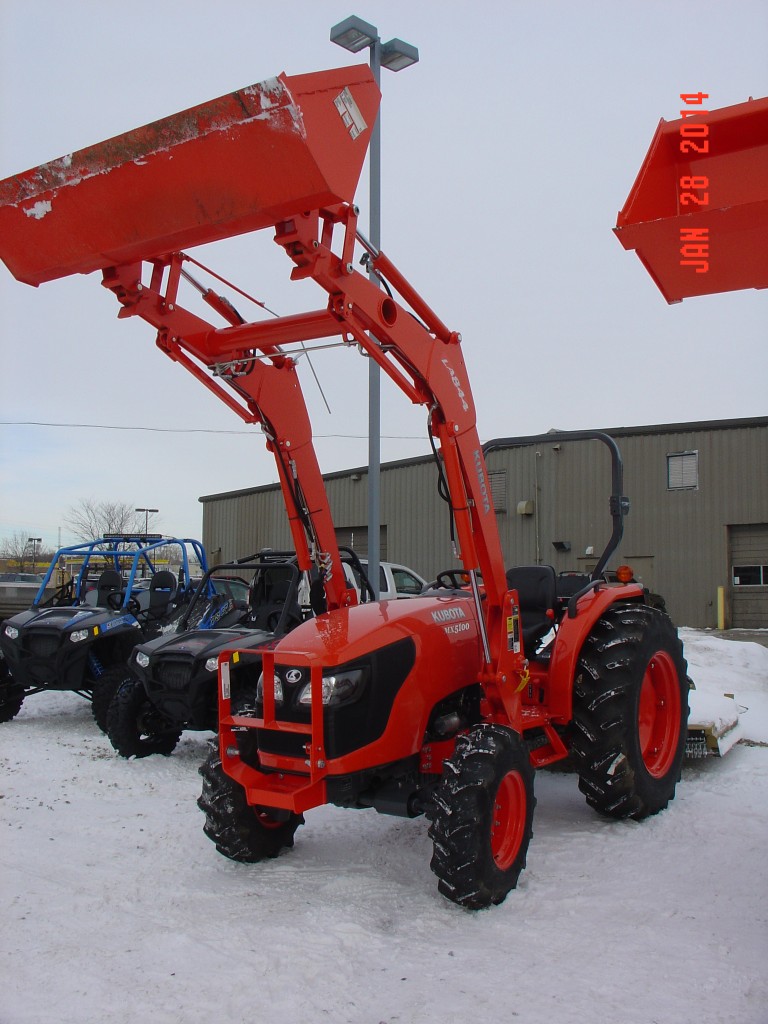 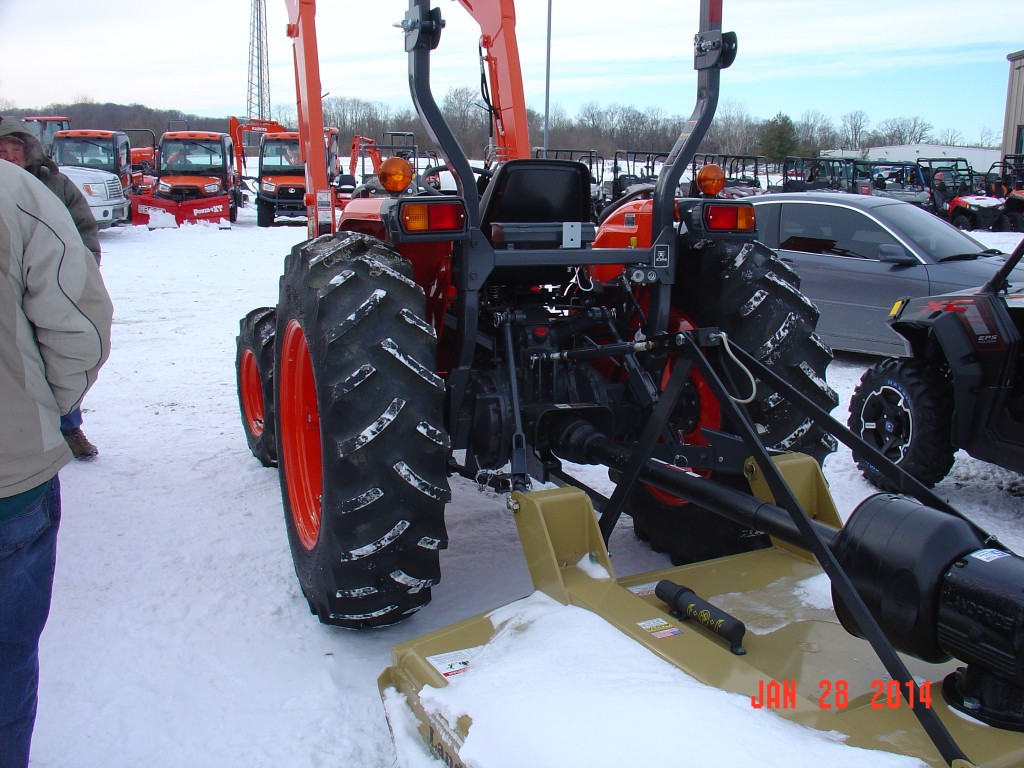